Too Many Cooks In Your Virtual Team’s Kitchen?

As organizations become more team-centric, and as globalization drives interaction across regions and time zones, the use of virtual teams has grown rapidly (SHRM, 2012). For organizations, the advantages of being able to leverage talent and resources across geographies and time zones can be a source of competitive advantage. For the individuals chosen to lead these virtual teams, the challenges associated with leadership are amplified by the nature of being virtual rather than local. A 2014 RW3 survey highlighted the challenges associated with being a virtual team increasing difficulties in:

The question for virtual team leaders is how to build a highly-effective virtual team despite the additional obstacles inherent in being virtual.

The Power of Personality in Teams

Anyone who has had the pleasure of being part of a highly-effective team, or endured the pain of a dysfunctional one, understands the power of team member personality. The most widely used personality trait classification is the Big Five typology. The Big Five describes the five central personality dimensions of extraversion, agreeableness, conscientiousness, intellect or openness, and neuroticism (emotional stability).

As when building local teams, leaders should carefully consider team members’ personality traits when building a virtual team. However, virtual teams may not benefit from the same personality traits that naturally occur among highly effective co-located team members. In a virtual team environment, too many team members with a high level of extraversion – who do not also have regular social interactions to moderate it – may result in too many dominant team members for shared leadership to be effective. This will lead to a reduction in the level of cooperation that is necessary for shared leadership and virtual team success. 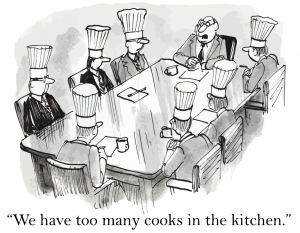 Selecting the right people to realize a team’s purpose and goals is fundamental to every team. A critical element of that selection is choosing individual personality traits that are complementary and synergistic across the team. Virtual team communications tend to be more formal and occur most often in the context of planned meetings and structured agendas. Recognizing that informal communications and social interactions naturally happen less often in virtual teams, building a successful virtual team requires: